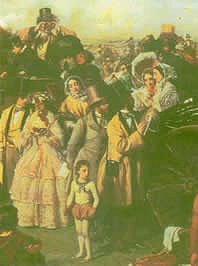 
For the made to measure trade, the comfortmateur invented by M. Maillard in the mid-19th century was shaped like a giant hat that could be placed on the customer's head where it mapped its contours exactly, recording them precisely to scale on a card.

Steam power was applied to the sorting of the fibres in 1821 and the hatter's bow was replaced by steam blowing processes in the 1880's. These developments and the introduction of machine blocking paved the way for the hat manufacturer. Industrial firms such as Battersby's of Stockport and Christy & Co, combined felt making and hatting and established themselves in the north of England, in the late 19th century

Silk plush was manufactured in Lille, France, throughout the 19th and mid 20th century, supplying the world market. Production ceased when the machines that made the plush were destroyed after an argument between the brothers that owned them. 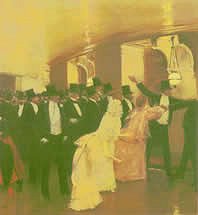 For the first forty years of the 19th century silk top hats held absolute sway over men's daytime headgear. There were some varieties in form.

•Up to 1810, crowns and brims both tended to be broad.
•The Wellington shape with its concave sides to the crown was popular in the 1820's and 1830's, when its curves echoed the rounded lapels and pouter pigeons chests of the fashionable frock coat.
•The Cumberland hat, tall and narrowing towards the top, resembled tapered crowns of women's hats in this period.
•A very short version was worn throughout this time, and became identified with the yeoman farmer.

In the early 19th century, a straw version of the top hat had occasionally been adopted for summer wear, but the fashion now became widespread.  A few Anglo-American names for the top hat were a round hat; Topper or Silker; John Bull, 5 3/4 inches high; Stovepipe, 7 inches high; Chimney Pot, 7 1/2 inches high and Kite High Dandy 7 3/8 inches high. 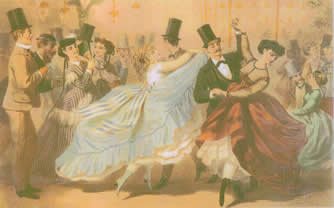 The silk top hat reached its most extreme form at this time, the crown being the highest in the century and the brim the narrowest, emphasising it's vertical quality. The silk top hat was not only a fashion accessory, but a symbol of respectability.