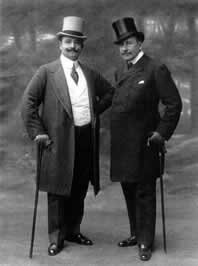 The opera hat, as we know it, was named the gibus, after its inventor and came about in 1840. It was made of corded silk or cloth over a metal framework which sprung open with the flick of the wrist.

On the eve of the First World War in France, silk top hats were no longer worn during the day. "The fact is that a silk top hat is heavy, cumbersome, fragile, expensive and difficult to maintain," wrote Albert Ledger "What else is needed to make a hat clearly unbearable?" Many people shared his attitude and only wore top hats on special occasions.
• For a ceremonial event.
• At the racetrack.
• For formal evening dress. 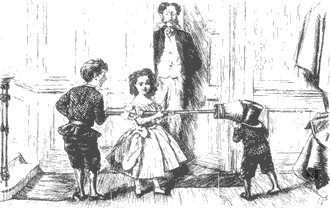 The rituals and habits that characterised silk top hat etiquette therefore slowly fell by the wayside. In the late 19th century a top hat could be left on.
• At a café.
• At the pâttiserie.
• In shops.
• During the intermission of a play.

Similarly a silk top hat would only be tipped when entering a public place only when ladies were present. When visiting a man was supposed to keep his top hat always in hand, never setting it down in such a way that only the outside, never the inside, could be seen.
"Showing the lining is preposterous." Baroness Staffe declared in 1890
"There are gentlemen who greet you, hat in hand in the same way that a poor man would hold out his hand for charity, which is grotesque indeed."