Royal Ascot, the highlight of Ascot's year and one of the world's most famous Royal Race Meetings will soon be upon us. Nearly three hundred years have passed since Queen Anne founded the first Royal Meeting back in 1768 and ever since then it has been one of the most exciting major events in the English social calendar, for the keenest of racegoers.

The origin of the Thoroughbred may be traced back to records indicating that a stock of Arab and Barb horses were introduced into England as early as the 3rd century.
The Romans were one of the first people recorded to have bred and to have raced horses on the flat, followed by King James 1 in the 16th century, who developed the sport in areas such as Newmarket, offering a silver bell as the prize. On the death of James I, Charles I continued to develop it further, with his son Charles II even more passionate about the sport, taking the Royal Patronage to a new height, becoming a jockey in the races and setting up a number of Royal Plates.

Ascot racecourse was born in 1711, with the emphasis shifting towards shorter races run by younger horses. The first four day Royal Meeting was introduced in 1768, but the Royal Ascot as we know, took shape with the introduction of the Gold Cup in 1807, which to this day is Ascot's oldest surviving race. Then in 1750 the Jockey Club was founded to regulate the sport.

In 1825, The Prince Regent introduced the Royal Procession. His great chum, a young dandy by the name of Beau Brummell insisted that men of elegance should wear waisted black coats and white cravats with pantaloons. It was from this fashion the frock coat was born, which was extremely popular in the 1850's, for formal wear. It was then followed by an adaptation of the riding coat in the 1880's which was originally called a Newmarket coat, to which many have known throughout the 20th and 21st century as the morning coat.

The 18th and early 19th centuries saw well-heeled racegoers arriving in their carriages laden with champagne, wine, cigars and portable ice houses to transport them in.
The arrival of the motor car eventually replaced the carriage in the 20th century and the tradition of lavish lunch parties continued up until the first World War and then sadly fizzled out with the sign of the times. 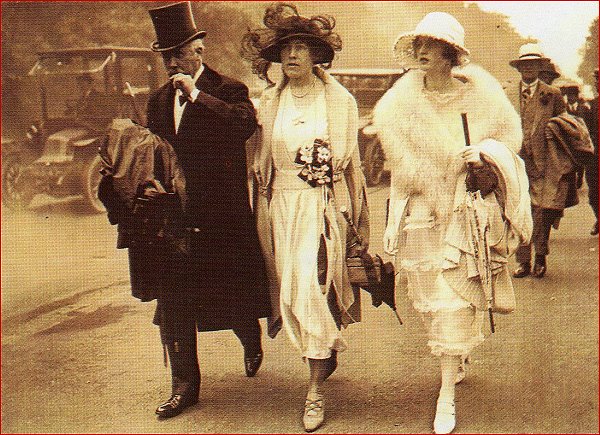 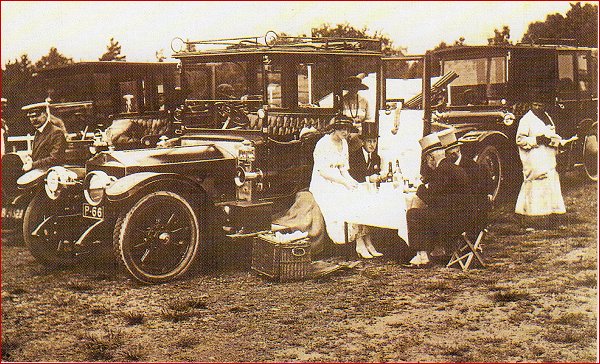 Picnicking in Number One car park, 1921. 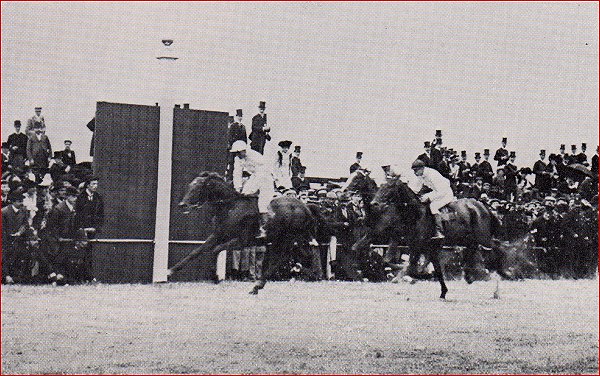 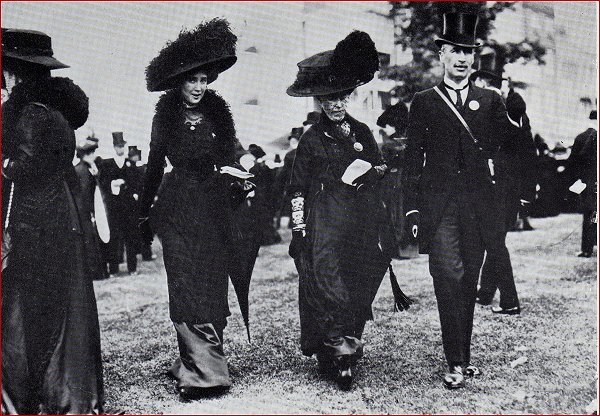 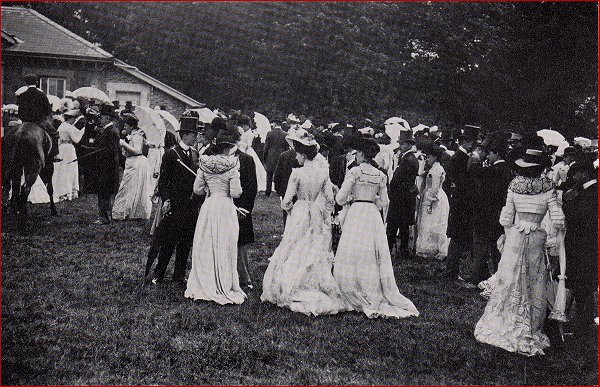 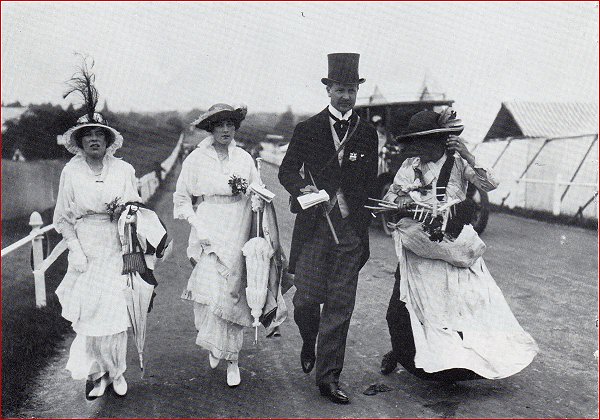 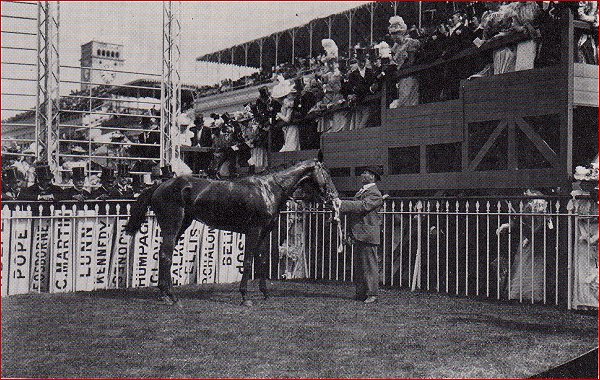 Persimmon, in the Winners Enclosure after his popular win in the Ascot Gold Cup for Edward, Prince of Wales, 1897. 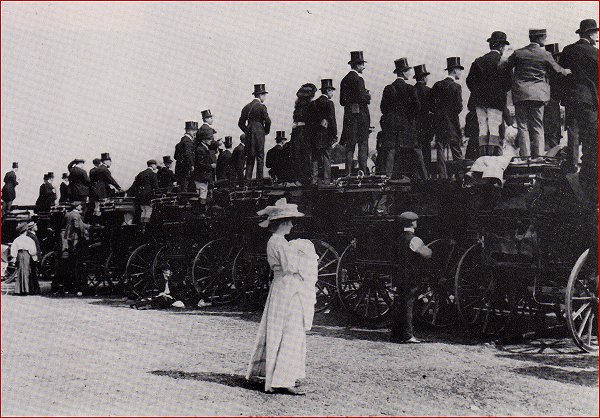 Watching from their carriages, 1907. 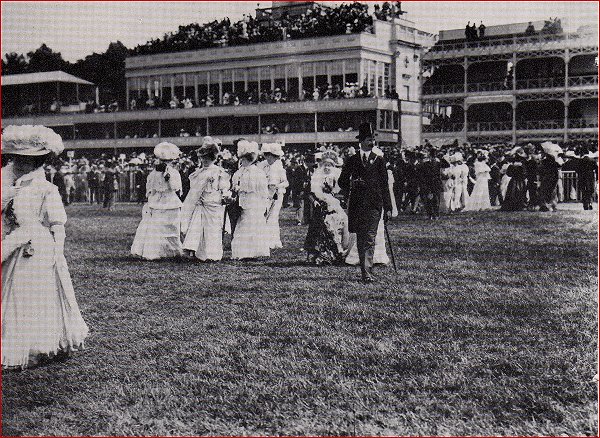 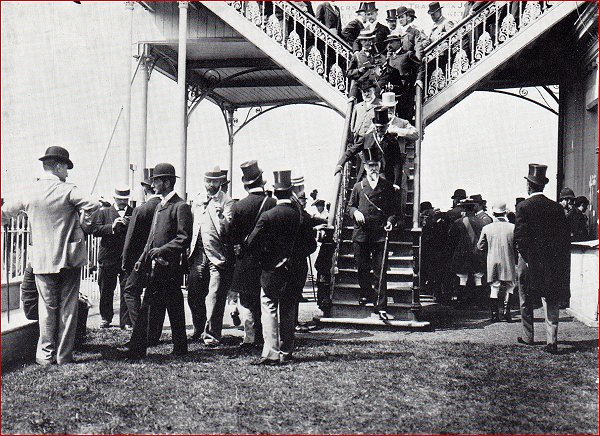 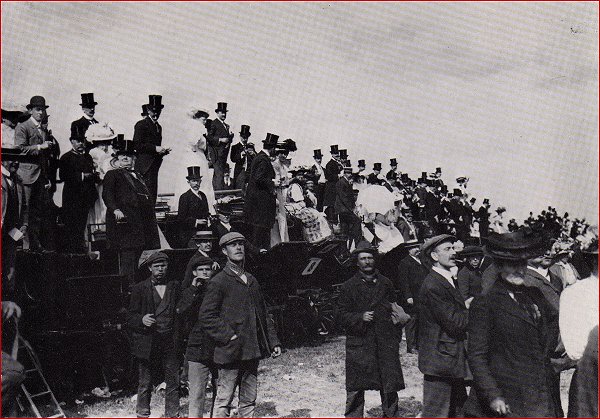 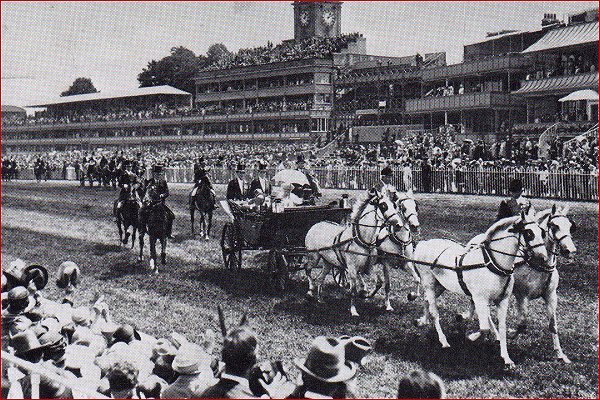 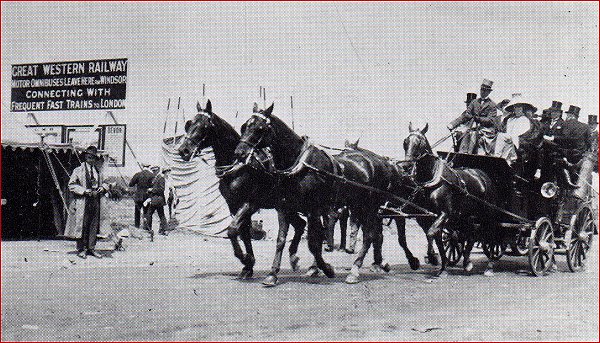 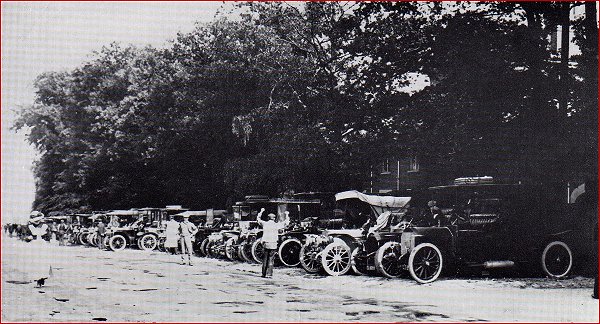 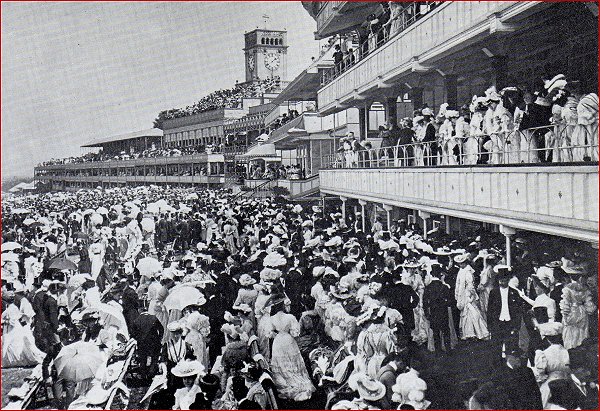 The Royal Enclosure stand and lawn, 1905. 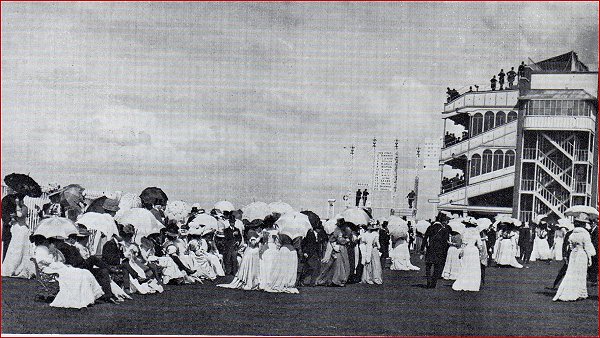 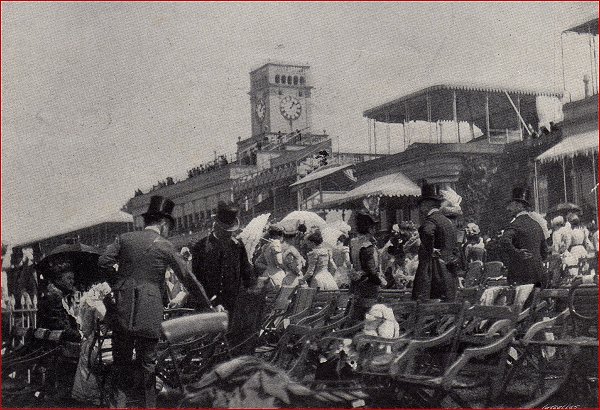 Inside the Royal Enclosure. 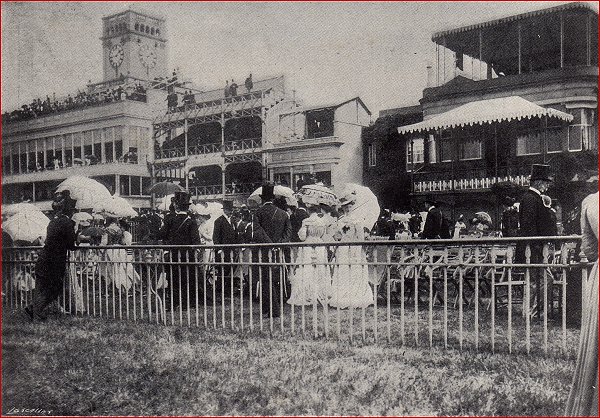